This weekend, the Aggies traveled to the newest rink in the Dallas – Fort Worth Metroplex, Children’s Health Star Center in Mansfield. The Aggies secured the second seed in the TCHC South Division last weekend against the University of Texas Longhorns, who they would face on Thursday in the first round. Freshman goaltender Joseph Reynolds would start for the Aggies and play hero in the first two periods as he was the rock the maroon and white needed before senior Garrett Finn would deflect a shot off his chest into the net for an Aggie lead through forty minutes. Reynolds would stand tall again until the Horns would finally get one past Reynolds off a double deflection on a blue line shot evaded the Aggie defense. A&M would play on their heels until a scrum would bring out 4-on-4 hockey and then a penalty in the defensive zone for the Horns would give the Aggies a 4-on-3 advantage. This would lead to senior Gary Russell finding space at the top of the circles for a perfectly placed shot with 26 seconds left to send the Aggies on, and ending the UT season. This would be the third win against rival Texas in one week for the Aggies.

Friday would pit the Aggies against the Dallas Baptist Patriots for the third meeting of the year, the two previous games were one goal wins for the Patriots in November. A&M would put the sluggish start of the day before behind them as both Russell and junior Huston Svondrk would find the net during a 23-shot onslaught from the Aggies. DBU would have multiple breakaway opportunities in the first period with no success as Reynolds continued his hot streak in the pipes. Into the second, the Aggies would have chances to extend the lead before DBU would score two goals with three minutes remaining in the second frame. However, on the ensuing face-off, senior Nick Early would cause a turnover in the DBU zone that found Svondrk passing off to Russell for a quick goal only 7 seconds after the Patriots had tied the game for a 3-2 lead after 40 minutes. The Aggies would not let up in the early going of the third period, as a pass from junior Brandon Steele would find junior Jack Greer in perfect position for a one-timer goal to put the Aggies up 4-2. The A&M defense would not allow DBU to change the score in any way the rest of the game as Reynolds picked up another win in net with another solid performance. With the win, A&M would be the first team in the TCHC to win on both day 1 and day 2, extending their winning streak to nine games before the league championship. 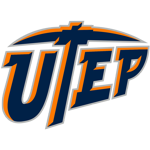 On Saturday, the Aggies would face the UTEP Miners with a trip to ACHA West Regional Playoffs in Tempe, AZ on the line. This would be the first TCHC final appearance for the Aggies and second for the Miners, who won the inaugural TCHC championship in 2017. The third game in three days would prove costly for the Aggies, as the Miners would get out to a hot start and never look back. UTEP would score twice in the first period and four times in the second en route to a six goal lead going into the final 20 minutes. The Aggies would erase a shutout bid in the third with a goal from Svondrk, but two more goals from the Miners would end the A&M season with an 8-1 loss.

A&M will now head into the off-season after a 9-1 run to end the 2018-2019 season and see the team reach their first TCHC Championship, one win away from their first regional trip since 2013-2014. Texas A&M Ice Hockey would like to wish the best of luck to graduating seniors Kaleb Croft, Nick Early, Garrett Finn, and Colin Mills and prepare for a bright future that can be built on the foundation of this year.