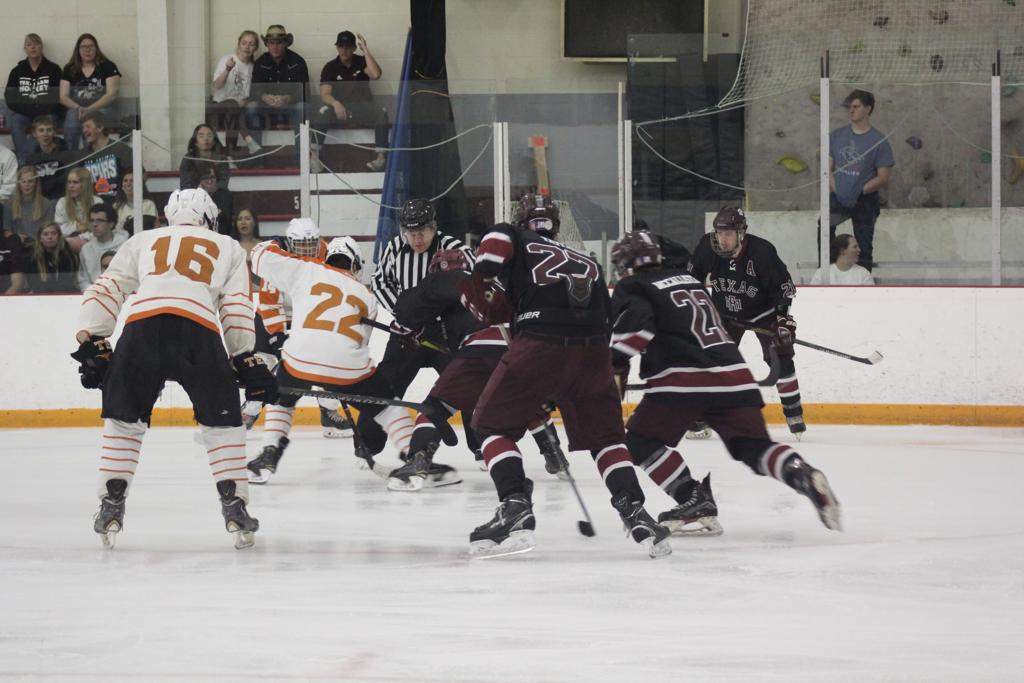 In the wake of a once-in-a-lifetime opportunity to play hockey outdoors at the famous Cotton Bowl Stadium in Dallas, Texas in early January, the Texas A&M University Ice Hockey team will face-off against their rival Texas Longhorns once again this weekend in their final game of the 2019-2020 season. Through conference play, the Aggies swept the Longhorns in their first two meetings in October of 2019, beating them 4-3 in Austin and then bringing home a 1-0 win in game two in College Station. Leading up to this final game of the season, the Aggies will be led by new head coach Derrek Harper, a former professional hockey player with an impressive resume throughout his hockey career as a player and as a coach. In his mind, Harper sees this as a turning point for the program and a chance to begin working towards an expansive growth of hockey at Texas A&M University.

In previous years, the spring rivalry game has been known for its sell-out crowd and fast paced hockey action. This year, along with the hype built up around the on-ice showdown, the team will see the appearance of the Fightin' Texas Aggie Yell Leaders and the Queen of Aggieland herself, Reveille, in attendance. With intermission games, a youth hockey spotlight, and a special first intermission senior night presentation, this game is one you do not want to miss. Come out, have fun, and let's BTHO t.u.!

Tickets are on sale now at Spirit Ice Arena and can be purchased by phone at (979) 693-3900 or can be purchased by visiting the Pro Shop in person. Student/military service member tickets are $20 and general admission tickets are $25. Tickets in the past have sold out up to two days prior to the game so be sure to grab them early before it's too late. and We can't wait to see everyone at the game on Saturday at 7:00 PM! “