It was a great weekend for hockey in the Brazos Valley with the undefeated East Texas Baptist University Tigers facing off with your Texas Aggies at Spirit Ice Arena.

Friday presented the canned food drive charity night with fans getting a discount on admission for bringing in canned food items. A good crowd was on hand for the game and witnessed some stellar hockey between the two teams. In a back-and-forth game, it was your Aggies that prevailed with a final score of 5 to 4, giving ETBU their first defeat of the season.

In Saturday's rematch, which was Military Appreciation and Blackout night, the Aggies sported their black alternate jerseys for the second time this year. The teams came out strong in game two which proved to be a very physical and tough game, evenly played by both teams.  At the final buzzer, the score was tied at 3, sending the game into an overtime period. Still tied at 3 after the overtime period, the game moved to a shootout.

Your Fightin’ Texas Aggies take out ETBU with the shootout to end game two of the weekend series. The Aggies scored twice in the shootout and goalie Jake Sirkis (24) made two stellar saves against the ETBU shooters to seal the victory for the Aggies.

Next up for the Aggies is the Texas State Bobcats during a home and home series on December 6 & 7. Come out and cheer the team on before the Holiday break. 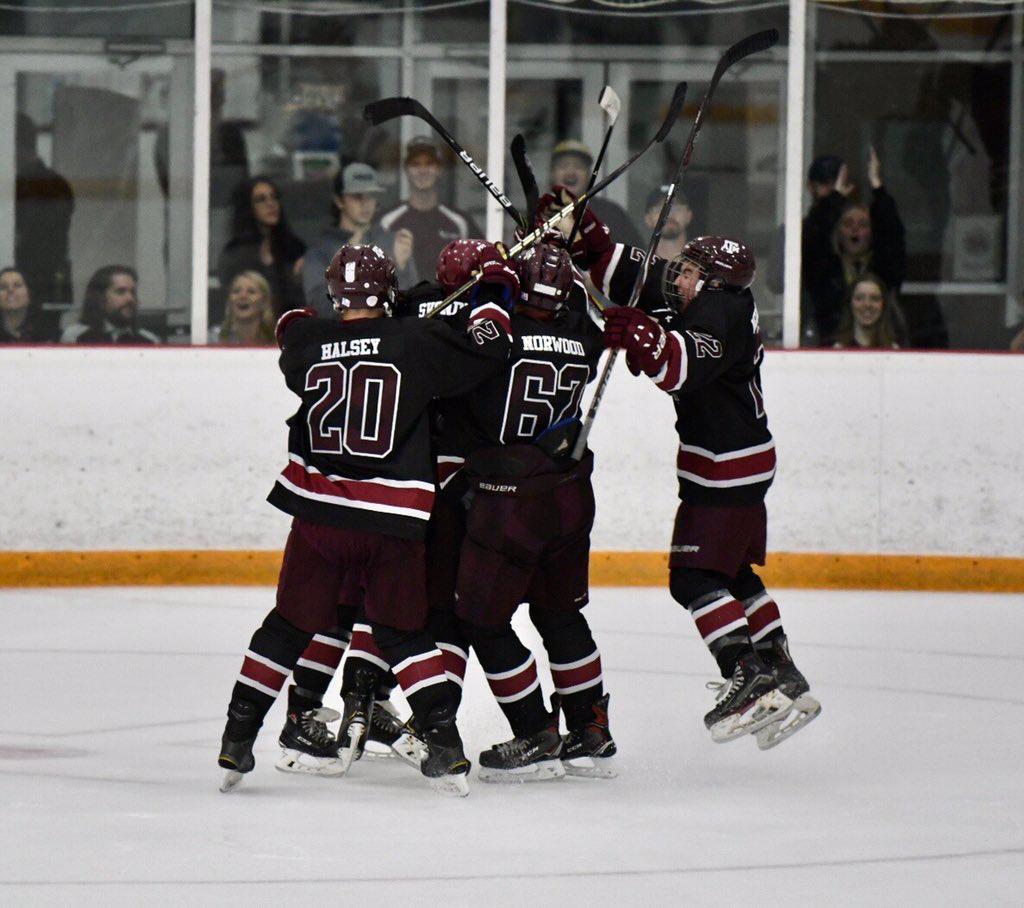